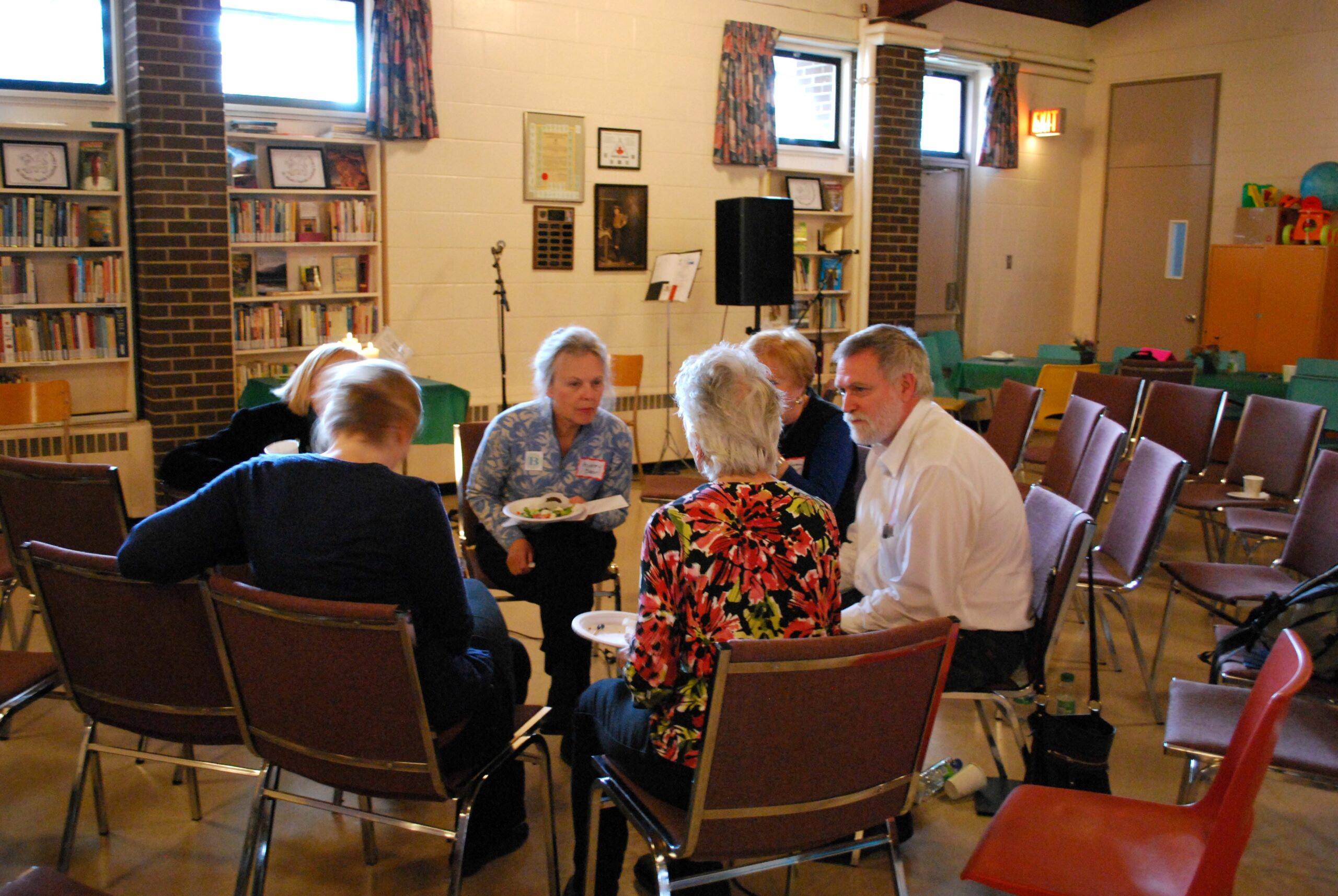 The group identified a need for long-term housing that would include social support for people living with a mental illness. Contact with a West Island housing project, C.A.R.E. (Create a Rehabilitative Community) was a source of inspiration. It was a successful project for individuals capable of living independently with the help of volunteers.

First came the formation of a committee which became the nucleus of a future board. For two years, its members worked to identify and consolidate community support.  Incorporated in 1991, L’Abri en Ville secured temporary office space as well as seed money to hire a part-time coordinator and equip the office.

The first apartment for three women was opened in 1991, followed by nine more at approximately one-year intervals. In 2003, with ten apartments, 30 residents, more than 60 volunteers and a staff of three coordinators, we decided not to expand our community beyond 100 people. Instead we invested our energies in sharing our highly successful model with other interested communities.