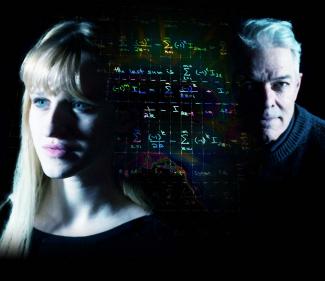 In David Auburn’s Pulitzer Prize winner Proof, directed by Nicholas Stamiris-Haze, Catherine mourns her father, Robert, a brilliant mathematician whose struggle with mental illness made him entirely dependent on her in the final years of his life. His recent death has brought into her midst both her sister, Claire, who wants to take Catherine back to New York with her, and Hal, a former student of Catherine’s father, who hopes to find some hint of Robert’s genius among his incoherent scribbling.

With this partnership, Snowglobe and L’Abri aim to raise awareness around mental illness and fundraise for the cause. This gala performance will include a pre-show talk by residents of L’Abri en Ville, accompanied by refreshments and a silent auction.

Snowglobe Theatre is dedicated to promoting the love of English language theatre in Montreal, and to provide opportunities for new and emerging artists to hone their craft. With this special performance, Snowglobe will not only share the work of emerging and seasonedartists, but also use its platform to help a community that struggles to find support.